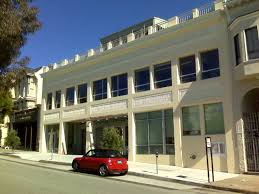 On June 11, 1994, Ken McCarthy organized a meeting in San Francisco with leaders of the Internet commercialization movement to discuss practical pathways for commercializing the Internet. At this meeting McCarthy identified the monetization of clicks as the most likely foundation for a commercial Internet.

His talk that day is the perfect time capsule for what the state-of-the-art of Internet commerce was at the end of the first half of 1994.

Validating the accuracy of his appraisal, two of the leaders of the movement to commercialize the Internet Mark Graham and Mark Fleischmann were in the audience.

Graham was voted one of the 100 Most Important People in Computing in 1993 by MicroTimes Magazine for his work on Internet commercialization.

Fleischmann was a pioneering web developer having started in the field in 1993. He was the person who enabled the Palo Alto Weekly to become the first newspaper to publish its entire editorial content online. (January 19, 1994.)

Also, in the audience was Rick Boyce. After this talk, Boyce made a career change leaving the traditional ad agency industry to head Business Development for HotWired.com, the first website that supported itself through ad sales. He was the first person to sell advertising on the Internet at a serious level.

McCarthy’s talk that day was recorded.